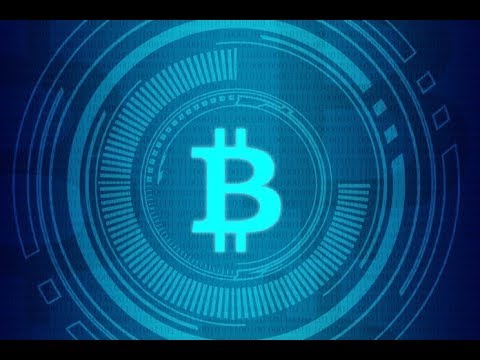 In my first shitshow post i told you guys about the paradigm shift. Then i talked about the importance of nonprofits in said shift and that no privately owned company will play an important role in it. I then digged out some possible third VC that IOTA has, in response to shit being talked online about IOTA.
Then verge pumped because of a Tweet that you need to donate for a partnership...
https://www.youtube.com/watch?v=1U1PM-p3860

Verge is a 1B Cryptocurrency while IOTA is about 2B.. it does make you wonder how that can be. Now before we start to dig into things let me make it clear that i have no formal education on finance or economics. If you do, you probably should skip this one. Also, if you invest based on this Thread, it is only fair that you lose all your money because you are a dumbass.

It's almost impossible to value cryptos. "There is no Fundamentals" - is what a legacy market guy would tell you. As we learned in one of my other posts, the IF itself doesn't even need to issue public financial statements (which in my opinion it should do).
What we can do however compare different ledgers and or research projects against each other. So let's go back to Verge. Verge is a Shitcoin. IOTA is not. If you agree with that you come to the following conclusion: Either the altcoin market will still have to fall about 95% in value to follow common sense or IOTA is highly undervalued. Or maybe IOTA is a bit overvalued and others have to fall more or.... you get my point.

First things first: Bitcoin is here to stay. It is not an altcoin and it won't be one for a long time. Bitcoin can exist as a store of value alone - it does not need the "buying coffee" use case bitcoin maximalists can't shut up about.
https://twitter.com/MacroScope17/status/961622167048859648

If you are using Bitcoin to provide a negative before telling people why IOTA can do everything better you are lost in the woods. I know this is a very popular narrative among IOTA aficionados and this might be hard for you to hear.
Yes, having a DAG without mining is wonderful - but using energy to secure a public ledger is not the dumbest thing in the world. As of now, IOTA is nowhere near being called immutable. This will take time.
If you are relatively new to cryptos in general, most likely joined last year or during this years peak - do not fall into that line of thinking. That for IOTA to grow, Bitcoin needs to vanish. Try to think for yourself. And read the following Article:
https://medium.com/@vijayboyapati/the-bullish-case-for-bitcoin-6ecc8bdecc1

SHUT UP ABOUT BITCOIN. Okey, jesus. I'm sorry. I needed to make this point so i can talk shit about "Blockchain" and how it all ties together.
As a non-developer, after a while, "Blockchain" is probably the most boring, stagnant tech i can think of. It's almost as boring as Smartphones only getting a tiny bit bigger and shatter more easily when you drop them. Imho, "Bitcoin" is the only interesting thing about "Blockchain".
Today, "Blockchain" is so irrelevant that in 2018 Vitalik Buterin still publishes Text on centralized servers which are, big surprise, NOT censorship resistant
https://en.wikipedia.org/wiki/Medium_(website) https://medium.com/@VitalikButerin
"As of June 2017, Medium has been blocked in Egypt along with more than 60 online media websites in a crackdown by the Egyptian government."

Friendly reminder ETH was supposed to be THE web 3.0. Most people seem to ignore that or they never figured because of what they are presented with. Sure there is a roadmap, sharding this and that, but if i'm getting excited about future theoretical improvements on a protocol, im excited about IOTA. Simple.

With this in mind: The EU is at it again!
https://ec.europa.eu/digital-single-market/en/news/european-countries-join-blockchain-partnership
"In the future, all public services will use blockchain technology. Blockchain is a great opportunity for Europe and Member States to rethink their information systems, to promote user trust and the protection of personal data, to help create new business opportunities and to establish new areas of leadership, benefiting citizens, public services and companies. The Partnership launched today enables Member States to work together with the European Commission to turn the enormous potential of blockchain technology into better services for citizens".

This circlejerk from politicians is about 4 years too late. One can only hope that by "Blockchain" they simply use it as the buzzword it has degenerated into.
It is however nice to see the EU is starting to befriend distributed ledgers, they even fund privacy research on the chain: It will use blockchain technology to create tools that will give people ownership of the data which they and the devices they own generate, in order to respond to concerns about losing control of personal information on the internet.
they go on and say that:
Currently, four pilot projects are being developed in Amsterdam and Barcelona, focused on the themes of the Internet of Things, open democracy and the sharing economy.

Ok so.. Blockchain and IoT? Sure bro.
https://ec.europa.eu/digital-single-market/en/news/blockchain-give-people-more-control-about-their-data

Lets go one step back. How much money does the EU spend on research for this in total and how does it compare to the IOTA Foundation?
22 European countries plan to have allocated a total of 380M Euro by the end of 2020.
Let's compare this to the IF. Get ready for some quick maffs.
the IF received 5% of the total supply as donations. In addition to that the Ecosystem fund holds another 21T (correct?!). At the current price, ignoring VC hoarding, ignoring lawyers, salaries etc. the IF is worth about 220M Dollar .
Ya know. Plus minus tens of millions.
In my very humble opinion: those countries probably are well advised to get in contact with the IF (if they aren't already).

So. What if the price of 1 Miota drops to 50Cents? The Ecosystem Fund would still value 10M to support innovation around the tangle. This holds up very well versus the 2 years 5M program the EU has going, building tools for privacy on top of Blockchain.
It should peak everyone's interest how this plays out. And how much the IF is involved here.
So.. is a 2B Market Cap still absurd for IOTA? I really hope it is NOT. Because the current MC gives the IF the possibility to rival the research incentives of 22 European countries.

Why did i go on about Bitcoin in the beginning. You see: as long as IOTA is traded against Bitcoin, you have two different $ prices attached to it. If 1 Miota is worth 17k satoshi, the price of satoshis dictates the price of Iota. One often ignored fact is that Binance overtook Finex in volume the past few weeks (ignoring the fact here that most volume on Binance is fake). But still, in a market where (as of today) Bitcoin has 44% Market Share and IOTA a measly 1%, it is naive to think any kind of "decoupling" will happen anytime soon unless these numbers change. The best MIOTA can do is to outperform Bitcoin with a steady uptrend. This would be best case scenario.
https://coinmarketcap.com/currencies/iota/#markets
The available funds of the IF, especially the Ecofund, is in direct correlation to the bitcoin price - if you like it or not. So lets be careful what we wish for.